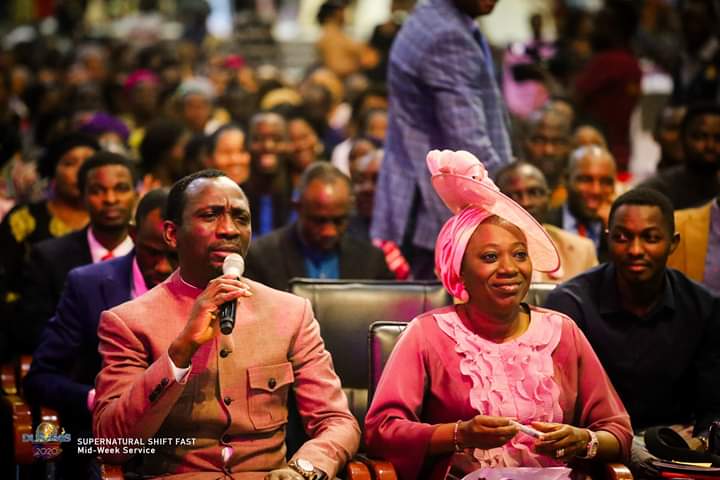 Dr. Paul Enenche is a man of God who is well known all around the world. He is a servant of God most
high who is being used of God for great exploits in a time as this. Indeed, he is a son of God who greatly
loves the Lord Jesus.

Dr. Paul Enenche is one of the finest around, as far as the kingdom of God is concerned. He is being used
greatly by the Lord to push the borders of the Kingdom of God from coasts to coasts. Indeed, Dr. Paul
Enenche is a kingdom man.

Paul Enenche As A Kingdom Man

The LORD has given us the task to extend the frontiers of His Kingdom. When we give ourselves to the
LORD and embrace Jesus Christ as Lord and Savior, He brings us into His Kingdom and we become new
creatures. We are no longer ordinary people, as we received eternal life that makes us immortal indeed.

In the kingdom, we keep growing in the things of God and in the knowledge of His grace, and we emerge
the cadre of sons. One of the trademarks of sons is what we were told in Romans 8:14, that as many as
are led by the Spirit of God, these are sons of God. As a son in the kingdom of God, you are going to
advance towards maturity, and you become equipped by the Holy Spirit to do the work of the kingdom.

As a kingdom person, you are saddled with the responsibilities of the kingdom. You will become a
person that God is going to keep using to bring His Will to pass. You become God’s real ambassador that
He uses to do whatever He desires on the earth realm.

This is a reality we can find already in Dr. Paul Enenche. We are not even talking about because he is a
pastor (in fact, there are many ministers who are not living in this reality yet). Dr. Paul Enenche is a man
who has obviously surrendered his life to the LORD JESUS first before anything else. Hence, he has been
brought into the kingdom of God, and he is functioning from there.

Obviously, Dr. Paul Enenche is a man who, from a long time ago, has surrendered his life to the leading
of the precious Holy Spirit. He is being led by the Spirit of God obviously, which is a sure indicator that
he is a genuine son of God. One of the prominent things about sons of God is that they are dead to
themselves.

Death is a reality these men understand, and they are dead already. The life they are living is no longer
theirs, but belongs to the LORD. It is no longer about what they want or don’t want – it is about what the
LORD JESUS wants.

I know that there are several fake people on the pulpit right now, and maybe you are even confused as
regarding those you can follow and take seriously. One crucial thing you can consider is if they are dead
to themselves and if they have really surrendered it all to the LORD.

These are things we can say about Dr. Paul Enenche. He is a minister of God who is devoid of terrible
and unpleasant controversies despite that he has been in ministry for many years now. One crucial
explanation that can be given is that he is dead already to himself.

Dr. Paul Enenche is God’s own ambassador in this earth realm, and he is a man that is all about God’s
affairs in this side of the divide. He is always eager to be used by God to do great things for His own
glory. The man of God is God’s own battle-axe in a time like this, and he is being used greatly by God for
His own good Will.

I have written before that Dr. Paul Enenche is not just a minister just for the sake of it. He is one who has
totally surrendered to the LORD JESUS and has become His battle-axe. Therefore, Dr. Paul Enenche’s
Ministry is a tool and God’s own weapon that He uses everytime for His own glory.

Therefore, you can easily choose to follow Paul Enenche’s Ministries, since by God’s grace, he is God’s
voice. It is very obvious that his life and ministry is God’s, and the LORD is using them for His glory.
Therefore, we can attach ourselves to this, knowing fully way that we are on the right path.

Finally, as you are enjoying what God is doing in the life and ministry of this man, make it an habit to
always pray for him and his beautiful family too. Don’t forget, he also needs our prayers, and it is
necessary we should always put him in our prayers even as he keeps being a blessing to us.