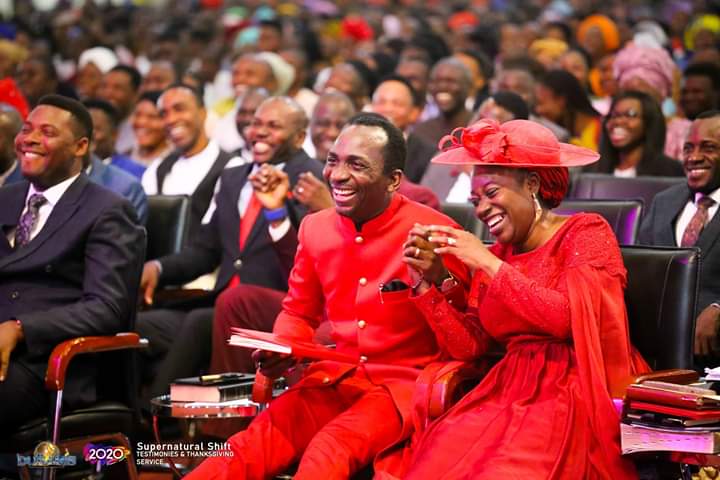 A story was told of how a shepherd found a cub (baby lion) and took it to be nurtured in his sheepfold. The Cub grew and thought it was a sheep. The cub ate grass and moved along with the sheep. Once in a while, a big lion would come to pursue the sheep and while the sheep ran for safety, the sheep-lion or the sheepefied lion would also be running.

One day, the cub saw its face in the water and was shocked. It ran back again thinking that it was that big Lion that was coming out of the water. It tried several times and realized that it was its own face it saw in the water. On another occasion, the bigger lion came pursuing the sheep as usual. While the sheep ran, the cub decided not to run. When the bigger lion saw the cub, it picked the cub and played with it, took it from the sheepfold to the lion company to train it on how to roar and tear flesh.

Beloved, I don’t know what is limiting your destiny, I decree that you are rising up in victory today in Jesus’ Name.

1. Make up your mind to disconnect from the wrong association.

2. Connect with the right association that will facilitate your destiny.

PRAYER: Lord, I ask for that You connect me with the right association that will facilitate my destiny fulfilment. I receive the grace to disconnect from every wrong association, Lord in Jesus’ Name.

FOR FURTHER UNDERSTANDING, GET THIS MESSAGE: ENEMIES OF DISTINCTION AND EXCELLENCE (PART 4).

AMAZING FACT: In many countries, the eagle is thought to bring  good luck, which is one reason it has been featured on various national flags.

PROPHETIC WORD: Every trap of the wrong association is broken right now in Jesus Name.

Seeds of Destiny May 17 2022 THE NECESSITY OF SOUL WINNING

May 17, 2022 paulenenche
Seed of Destiny Devotional

May 16, 2022 paulenenche
Seed of Destiny Devotional

Seeds of Destiny May 14 2022 THE MOUNTAIN OF HIS PRESENCE

Seeds of Destiny May 17 2022 THE NECESSITY OF SOUL WINNING

May 17, 2022 paulenenche
Seed of Destiny Devotional

May 16, 2022 paulenenche
Seed of Destiny Devotional

Seeds of Destiny May 14 2022 THE MOUNTAIN OF HIS PRESENCE

May 14, 2022 paulenenche
Seed of Destiny Devotional

Seeds of Destiny 13 May 2022 REVEALED TO BE REVERSED